Could Climate Change be Altering the Marine Food Web? 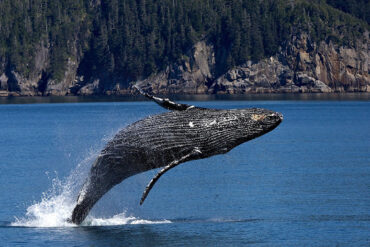 Climate change is redistributing biodiversity globally, and distributional shifts of organisms often follow the speed and direction of environmental changes. Research by scientists at Stony Brook University’s School of Marine and Atmospheric Sciences (SoMAS) reveals that this phenomenon is affecting where large marine mammals are distributed relative to their prey species, which could have important implications for marine food web dynamics. Their findings are published in Scientific Reports.

Marine mammals (endotherms) such as whales and dolphins are often assumed to shift their movements and distribution in response to warming waters more slowly than their ectothermic prey, such as fish and squid, whose growth and productivity is directly impacted by water temperature. Since marine mammals are large, highly mobile, and occur across wide geographic ranges, distributional shifts in these species are difficult to quantify. In this study, data from fisheries bycatch and stranding events is used to examine changes in the distribution of long-finned pilot whales and their prey relative to climate velocity in a rapidly warming region of the Northwest Atlantic.

“We found that long-finned pilot whales in the Northeast US shifted poleward over a 25-year period as water temperatures warmed rapidly – and at a very fast rate,” says Lesley Thorne, Ph.D., Assistant Professor in SoMAS and lead author. “The question was whether they were following rapidly shifting prey species or responding directly to environmental change.”

Thorne and co-author Janet Nye, Ph.D., Associate Professor at the University of North Carolina Institute of Marine Sciences and an Adjunct Professor at SoMAS, analyzed trends in water temperature and the distribution of fish, squid, and long-finned pilot whales from 1992 to 2016. They found that the poleward shift in pilot whale distribution was faster than expected based on climate velocity, which describes the pace of climate change, and more than three times the rate of fish and invertebrate prey species.

The authors said the four fish and squid prey species they examined were shifting as expected or slower than expected.

“Fish and squid species that were shifting slower than expected moved into deeper offshore waters, possibly seeking cooler waters by moving deeper in the water column. As air-breathing vertebrates that undertake short, though deep, dives, pilot whales don’t have the option of remaining at deep depths,” says Thorne.

Thorne and Nye explain that this case study suggests that species traits, such as body size, mobility, thermoregulatory strategy, and longitudinal range, rather than climate velocity alone, are key to understanding and anticipating climate responses in marine organisms. They also note that different responses of predator and prey species to warming could cause spatial mismatches in their distributions.

“Marine mammals are important consumers in marine ecosystems, and our analysis suggests that some species are shifting at a different rate than their prey,” says Thorne. “If climate change decouples relationships between marine mammals and their prey, this could have important implications for marine food web dynamics,” she emphasizes.

Funding for this research was provided by the National Oceanographic and Atmospheric Administration’s (NOAA) Modeling, Analysis, Predictions and Projections (MAPP) program (award # 78874), and the National Science Foundation (award # 1851898). 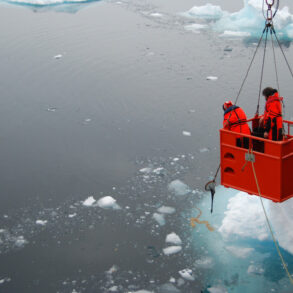 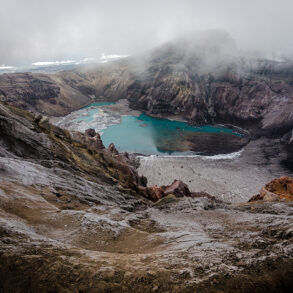 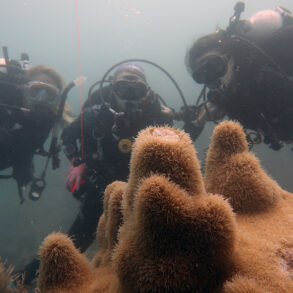 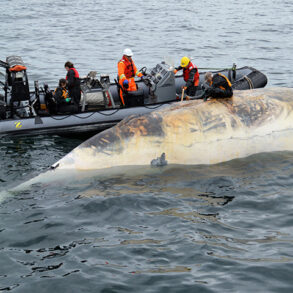